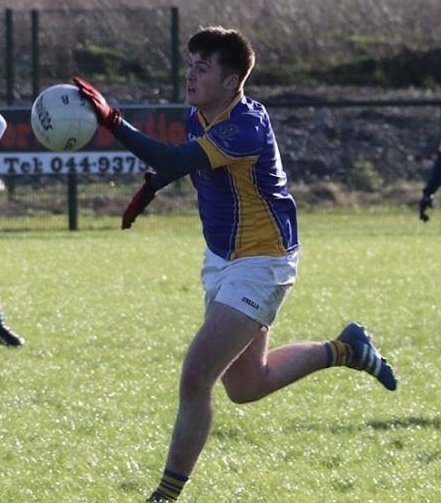 After a long Autumn and Winter break for Clonard’s adult mens side they finally got back to match action with a January trip to Martry for the first round of the Tailteann Cup. With several players unavailable to Clonard on the day due to hurling and other commitments both sides lined out in a 13-a side format.

Clonard opened the scoring from the throw in but the bright start was quickly cancelled out by the hosts as they replied with two goals and a point to take control of the game. However, Clonard were undaunted and competing well all over the field, receiving their eventual reward with a well worked goal by Jack O’Donoghue.

St. Ultans again responded convincingly with five unanswered points but to their credit Clonard notched two points of their own before the break to leave the half time score 2-6 to 1-3 in favour of the home side.

On the resumption the visitors were slow out of the blocks and Ultans punished them with three well taken points but received a black card which, under one of the newly introduced rule changes, gave Clonard a numerical advantage with a ten minute sin-bin spell in which they took full advantage and notched three points of their own without reply.

Another Clonard goal brought the deficit down to just four points but Ultans kept their noses in front and then traded scores, before finishing the stronger with two late points leaving the final scoreline Clonard 3-9 St. Ultan’s 3-15.

This was a great performance by Clonard considering the long break and only back training for the past two weeks. All the players worked hard for every ball and fought from start to finish. Under the new rules the defenders adapted very well and conceded no forward mark to the Ultans’ forwards over the entire sixty minutes.

It’s difficult to pick Clonards’ best performers considering the work rate all over the field but Ger Foley’s runs from defence caused the opposition problems all game and the Flanagan brothers at midfield won and distributed ball excellently to the lively forwards, including Jack O’Donoghue and Cormac Fitzsimons.

Jason Dowdall’s ball winning skills was also instrumental to his side but this was all about a strong team performance after a disappointing 2019 season. With many players still to return to the fold it bodes well for the year ahead leaving those disappointments well behind them, and with a new 'Bainisteoir' to be installed this week he certainly has plenty of raw material to work with.

Next up is another tough encounter in round two against neighbours Ballivor, another Junior championship favourite, this time on home turf in St. Finian’s Park next Saturday at 2.45pm. Your support would be very much appreciated.