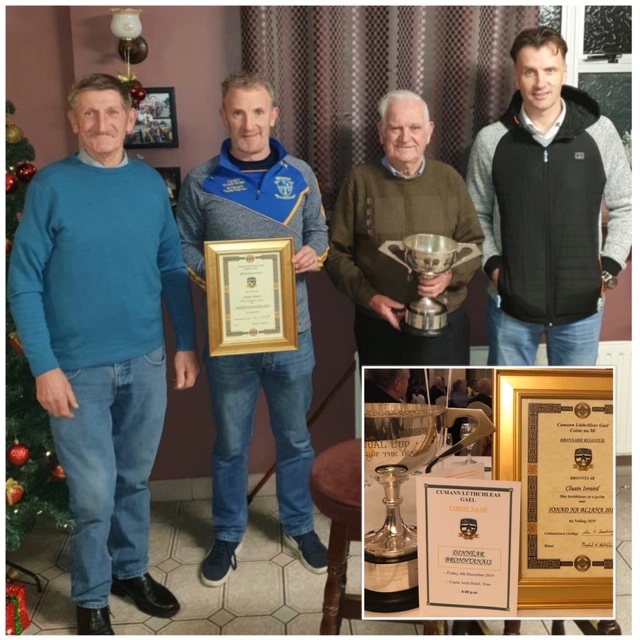 On Friday night in the Castle Arch Hotel, Trim, Clonard GAA received its second major award in two years when Chairman Joe Gannon accepted the “Grounds of the Year” award from Meath GAA on behalf of the club. The award was decided by votes from the various committee members of Meath Coiste na Mí and follows on from last year’s Meath LGFA committee award for “Club of the Year”.

It is a deserving accolade following many years of hard work and fundraising since 2015 when the club played all it’s games and training in O’Donovan’s rented field. Meath GAA finance committee secretary Francis Flynn called the Clonard chairman to the stage and paid glowing tributes to the facilities as he described the progress as “One of the worst pitches in Meath to now one of the best.” The perpetual cup was presented by Meath GAA Committee member and Clonard GAA club member Jason Plunkett.

Development plans are not finished yet as the club strives to continue the great progress made in St. Finian’s Park over the past three years. Sports Capital funding of €34,000 was secured last month for construction of an astro-turf pitch which will commence next year. The final stage of the development will be dressing rooms and clubhouse which will further enhance an already fabulous facility for the local club and community.

Many thanks to all who voted for the club and also credit to our Grounds committee of Leonard Farrell and Christy Darby and to our Development Committee of David Campbell, Niall Walsh and Peadar Donlon. 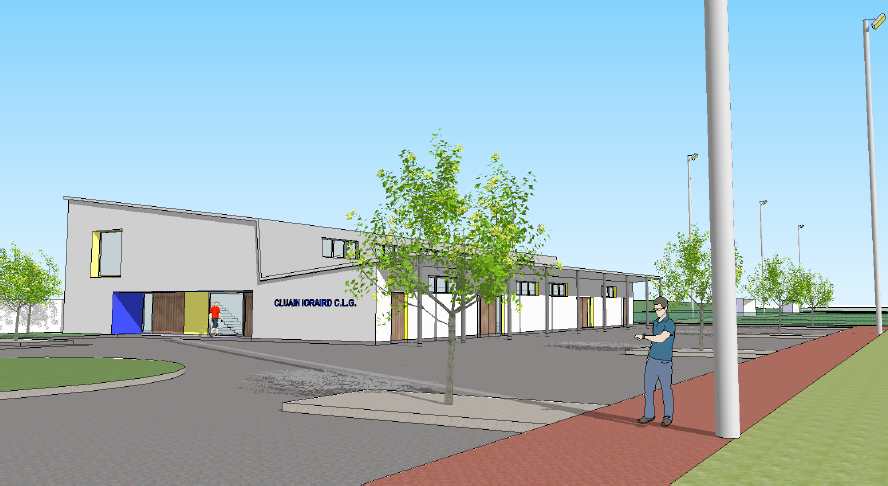