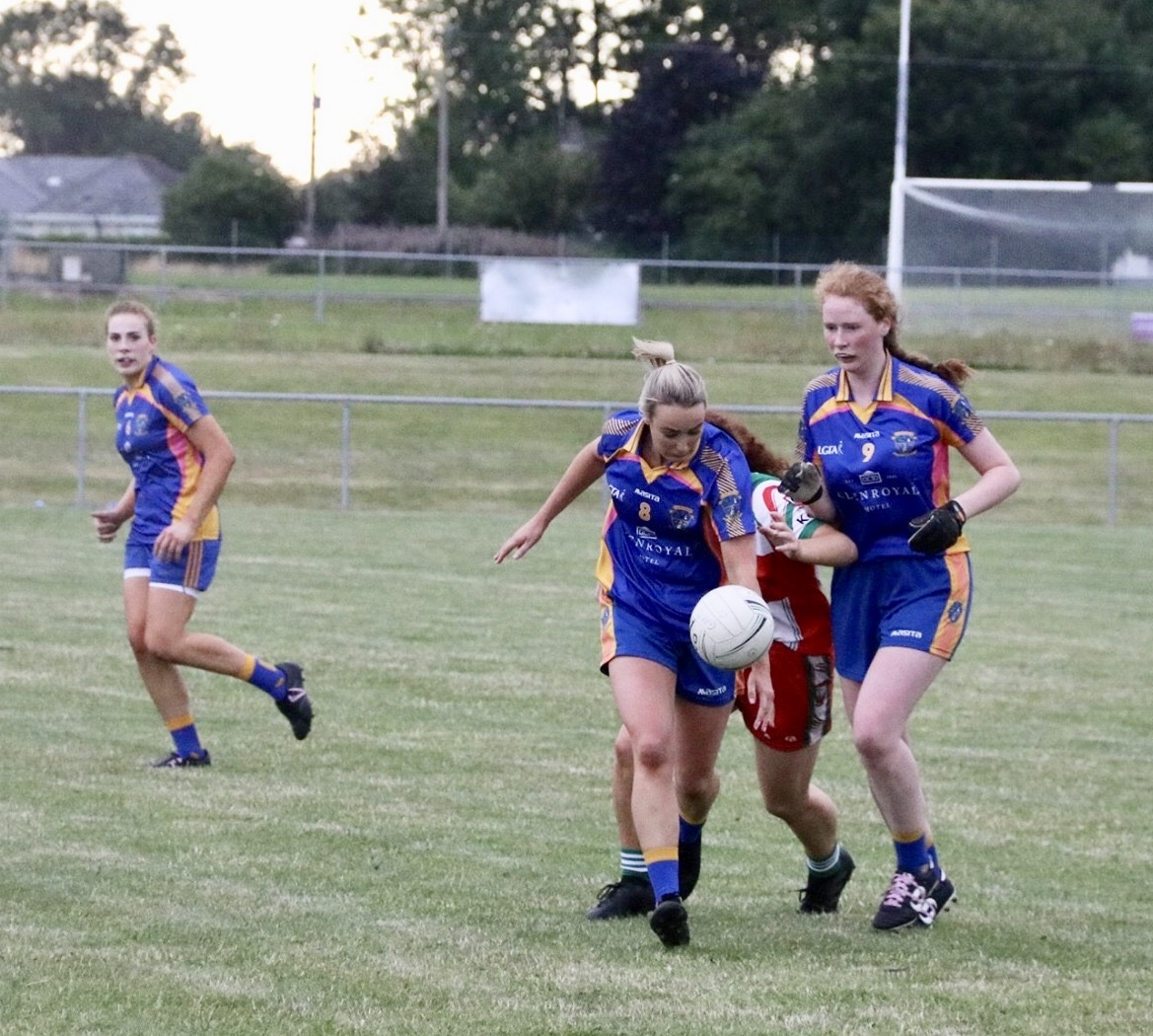 As the popular Irish phrase goes, “One swallow doesn’t make a Summer”, but yesterday evening Clonard ladies’ convincing win over Seneschalstown surely set down a marker for this team in terms of their progress this year and ambitions come season end.

First half goals from Louise Coyne and Ella Reilly, the latter finishing off a wonderful flowing move, were deserved reward for their dominance and in reality this game should have been over as a contest by half-time as Clonard hit the base of the post with three goal chances and dropped numerous pointed efforts short in to the grateful hands of the Seneschalstown netminder. It could have been even closer at the interval than the 2-6 to 0-3 scoreboard displayed, only for Natasha Darby to deny a certain goal for the visitors with a wonderful point blank save on the 25-minute mark.

Tonight, it was hard to pick out individual stand-out performers because in truth they were in Clonard jerseys all over the field. This team has a blend of youth and experience which merges together in any successful team. In this team the young guns of Aoife Doyle, Katie Donlon and Ella Reilly, are being spurred on by their more experienced teammates of Casey Reilly, Serena Treacy, and Hazel Coleman.

Thankfully at the final whistle their first half profligacy proved irrelevant in the end as Clonard ran out comfortable winners on a score-line of 3-15 to 0-5. A late goal by the popular Marie Sheridan providing the icing on the cake in a great team performance. As well as the score-line there were plenty of other positives on the night as Clonard’s flowing movement, accurate passing, and slick inter-play left the opposition with no answers. But the astute management team of the “2 Shanes” will still have plenty to work on over the next few months as they attempt to claim silverware for Clonard at ladies adult level for the first time.

This ladies squad has been on a consistent upward curve over the past two years and were bolstered at the start of this season by the transfer from Ballivor of Niamh O’Sullivan, and the two Foley girls, Lisa and Ciara, from a family steeped in Meath GAA, Trim GAA, and of course Clonard GAA tradition. The performance of another Lisa has also inspired this team, as Miss Duffy, soon to become Mrs. Dunne, pulls the strings in midfield after returning from a nasty injury last year. The Donegal woman’s romance with the Clonard man, and now assistant coach, has been Clonard’s gain for sure.

Last night’s win also showed some strong character among the group with no ill-effects from the disappointment of Monday night’s injury time concession of two late goals in Kells to deny them victory at the death against Gaeil Colmcille in the Masita Shield semi-final. However, they will have a second bite at that cherry very soon with the replay scheduled back on home turf in St. Finian’s Park, and you certainly wouldn’t bet against this bunch to make their first final in their short history. It will act as ideal preparation for the more important matter of crucial championship action over the coming months. That starts next Thursday night away to St. Colmcilles, who will provide far sterner opposition.

Let’s hope there’s plenty more swallows to come this summer, and into the autumn. Clonard Abú.