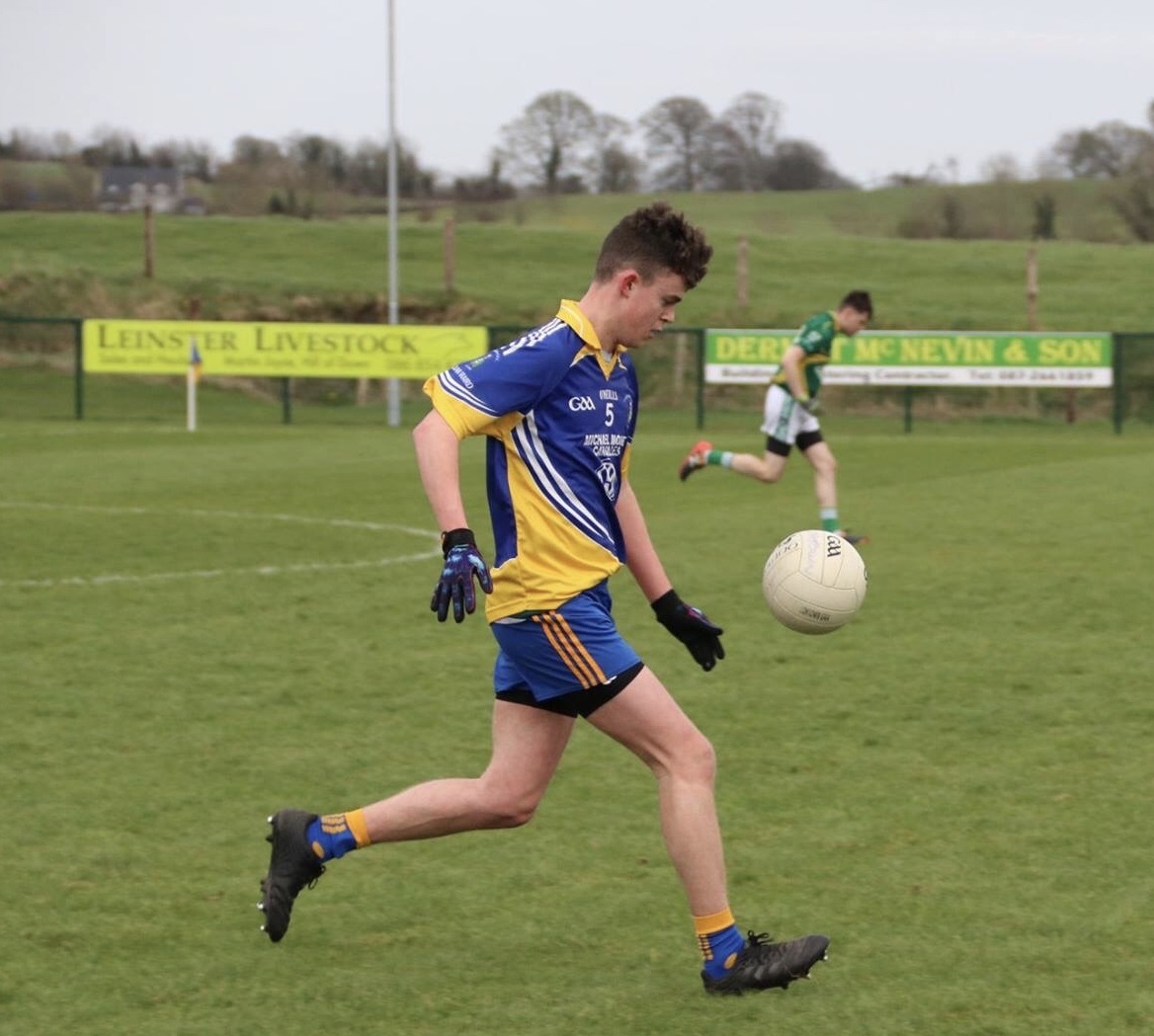 A couple of weeks had passed without a match for Clonard’s men’s teams but just when you seem to have been waiting a long time for a bus to come along, two arrive together. March 23rd and 24th saw two games in St Finian's Park against old rivals Cortown in both fixtures. The two clubs, like many small rural clubs rightly question the logic in playing both ‘A’ and ‘B’ teams on the same weekend, but unfortunately the powers that be deem it necessary and insist otherwise. Fielding over thirty players in less than 17 hours apart is a huge ask for both clubs with Cortown obviously benefitting from the bigger panel.

For the first of the two fixtures there was a 5pm throw in for the ‘B’ league division 5 game in perfect football conditions in a well-appointed St. Finian’s Park.

Clonard togged out with over twenty players and set up with real strength and an exciting young full forward line that would account for two goals and four points of the total score by the full-time whistle. But it was a powering run from wing back Eoghan Connolly that got Clonard off the mark, and over the 60 minutes Connolly produced a definite man of the match performance, tormenting the Cortown backs with powerful runs up the large Clonard pitch.

Over the first 20 minutes Clonard set the standard with fine scores from placed balls and play from 44-year-old veteran Niall Walsh showing that he can still make an important contribution despite his growing years. Eoghan Dowdall put away a great goal and point from play and got dragged down in the small square which saw a penalty awarded. Walsh stood up to take it but was denied by the Cortown keeper.

Another attack from Shane Dunne and Ken Darby saw Dylan Dixon tag on two scores and Darby with a fine effort from the outside of the boot which split the posts from the dugout side. Cortown had their moments too with Glen Loughran moved from full forward to midfield saw him dominate on occasion, but Stephen O’Reilly stood strong to try and remained an anchor in the middle. A tetchy and bad-tempered affair at times during the first 30 minutes saw Cortown down to 14 men after a second yellow and as the half time whistle blew Clonard led 2-11 to 0-4.

The second half got underway and Cortown were first off the mark but the next attack saw a free out to Clonard and tempers flared again with Cortown’s midfielder receiving a second yellow as a bad evening turned worse for the north Meath men, now reduced to 13 men.

Jack Donlon put in a great performance and got on the end of a ball across the square and put to the net to move the men in blue and amber 3-13 to 0-6 the better as management started to look to conserve players for the next morning’s game. Five subs were introduced over the next ten minutes with the game really over as a contest.

The remaining twenty minutes really saw Cortown bring the fight to Clonard, but they failed to capitalise on the two extra players. However, the North Meath side did push on in the last ten and finished with 1-3, a big part of which was due to long time servant Gary Coyne, after double cruciate operation’s, saw him jink and jive at the Clonard full back line making them work hard to limit scores.

The full-time whistle blew and while the second half did not contain wonderful football but Clonard duly deserved their win. However, with eight of the starting fifteen togging out again next morning one wondered whether Cortown had a lot more in reserve, we were about to find out. Final score was Clonard 3-16 Cortown 1-9.

At 9.30 am on a bright Spring morning, players, management and supporters from Clonard and Cortown met for the second leg of a double header between the clubs on the same weekend. This time a significant wind blew diagonally across the Clonard pitch which made for tricky playing conditions.

A stronger line up for both teams took the field of play with clearly more players available for the Cortown men than the previous night as they fielded a completely new starting fifteen. Cortown blazed out of the blocks with 1-2 within the first six minutes of play as Clonard showed heavy legs and tired minds from the previous night's game.

The North Meath side now had a spring in their step possibly knowing that they could have the bigger panel. But some positional changes saw the home team grab a foothold on the game with a superb free from Niall Smullen and three fantastic efforts from Mikie Mullen which showed a glimmer of hope for local supporters.

The half time score finished 1-7 to 0-6 in favour of Cortown and the strong first half wind died down slightly for the second half throw-in. The second half saw a passage of fifteen minutes displaying Clonard’s utter determination, including dogged defending and great blocks and hassling from Paddy Coyne, Alan O’Donoghue and Shane Dunne. They did enough to keep Cortown to just two points in that period.

The downside was that Clonard tanks were emptied and multiple breaks from defence saw them kick away possession with long balls and tired hand passes. This you simply cannot do against a tough and clever team like Cortown.

With just two weeks to championship Bainisteoir and management really wanted a win for momentum but over the course of the next six or eight training sessions they will try work on what’s required for April’s attack on the Meath Junior Championship.

To echo the supporters of Clonard, keep working hard lads, eventually it will pay off. Final score Cortown 1-13 Clonard 0-8.