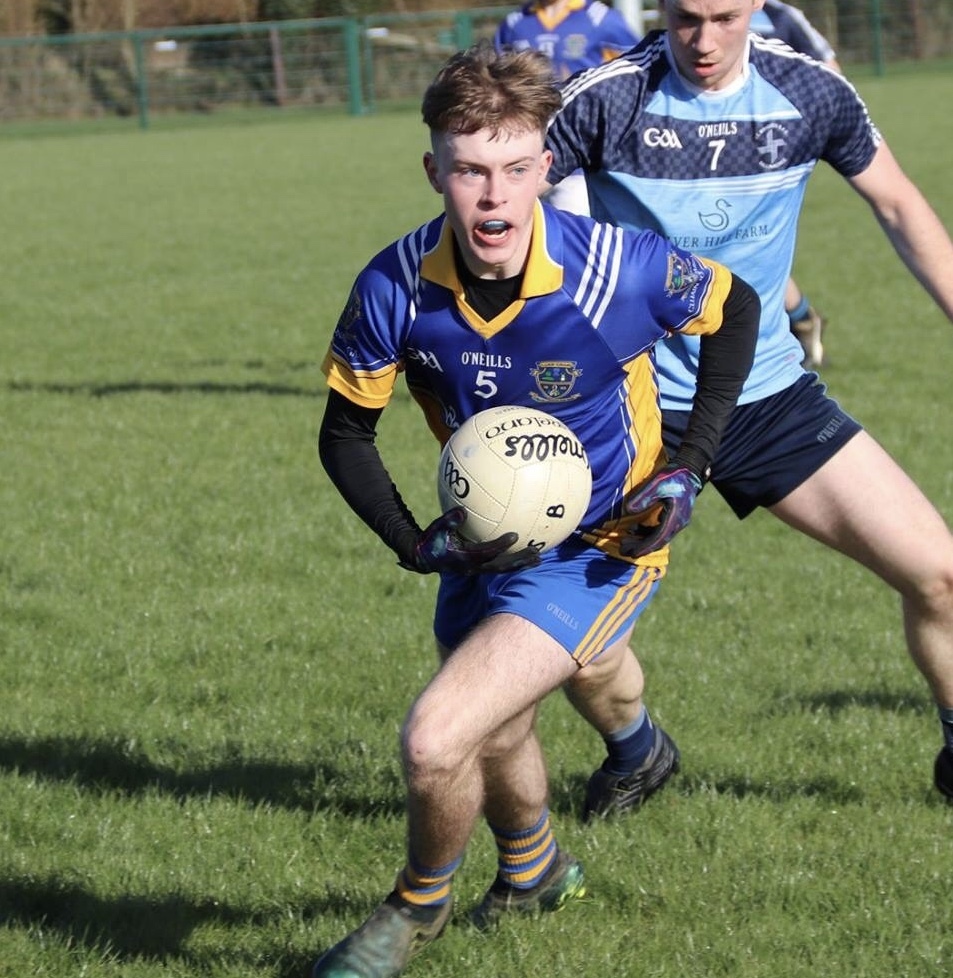 Another winter Sunday morning in February and round 2 of the division 4 league saw St Brigid’s Ballinacree make their first visit to St Finian's Park. It was the third meeting of the teams in less than ten months and yet again Clonard were edged out by a single score. As players, mentors, and physios landed for 10am one thing was apparently clear, that although a nice dry bright morning a gusting westerly wind would be hard wrestled with throughout the sixty odd minutes of league action.

Foran's men lined out much similar to the previous weeks action with some tactical changes as Conor L’Estrange came in at wing back pushed Ken Darby and Shane Dunne up to wing forward and full forward, but only until throw-in as Clonard lost the toss and had to play into the wind, leaving them to drop back and play a sweeper role. Clonard found it hard to battle against the elements and with less forward options, moving ball up the pitch was laborious, with the inside line of Mikie Mullen and Gary Raleigh being well marshalled by the Brigid’s back line.

The Ballinacree men were first out of the blocks moving fast ball into their well organised full forward line and went three points to no score up, until again Niall Smullen kept Clonard in it with Eoin Dowdall and a sublime effort from young Conor L’Estrange giving Clonard hope. Jack O’Donoghue was showing the fire power in Clonard’s half back line as a running game towards the ‘D’ was the only way to battle past Brigid’s frontline. As half time whistle blew and Clonard trailed 0-5 to 0-4 and as with last week against St. Mary's, they were doing well to be just one behind.

A fly on the wall of the dressing room surely could have given supporters the feedback they already knew as management must have being livid at the schoolboy errors made, but this was a chance to re-organise and use the wind advantage in the second half. Smullen got them off the mark again and Clonard for the first five or seven minutes showed better football but some wayward shooting and poor decision making demonstrated a lack of composure.

Brigid’s added another score into the wind and the introduction of the fresh legs of Ryan Raleigh made an impact that really should have changed the game, a two man bear like tackle in the Brigid’s box that would wouldn’t have been out of place in Ireland’s Six-Nations game the previous day. A penalty looked certain but instead it was a free out and this swung the game, with Brigid’s counter attack up the field resulting in the ball finding the back of the Clonard net. The scoreline read Brigid’s 1-7 Clonard 0-6 with less than 5 mins normal time left, and the result seemed clear.

A Ken Darby black card brought Cyril Tracey into the backline and a quick kickout from keeper Sheridan saw the best Clonard move of the game for the final score with Eoin Connolly at the end of it, showing just how easy the game is when the ball is moved well with runners and support. The Clonard lads are well fit to play this type of game and with plenty of football to be played this pattern may become more common for this team.

So plenty of food for thought for all concerned and in refection it wasn't the best game of football ever witnessed in the Park, but one thing is for sure, these two teams will surely meet at some stage of Championship, which will be known in the coming weeks when the championship draw takes place.  Both will benefit from more training, more football and a full squadron come summer time, and this result on Sunday February 10th will be quickly forgotten.