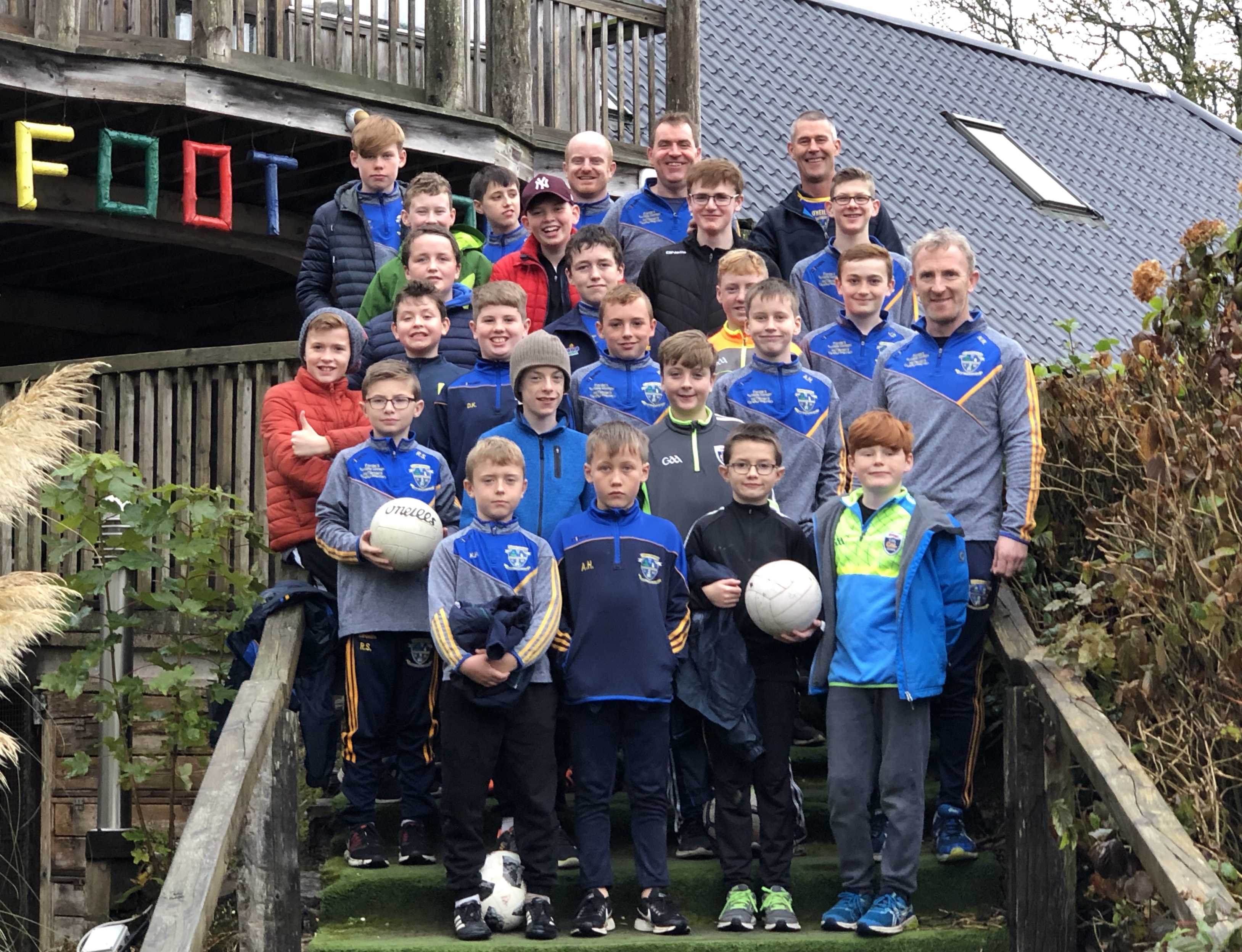 Our under 12 and under 14 boys teams held their end of season social event on Saturday when they played ‘Footgolf’ in Highfield Golf Club.

It proved a great day out for all the boys as they thoroughly enjoyed playing against their coaches and fellow team mates. This relatively new sport involves kicking a football around 18 holes with appropriately sized holes on the greens!

Everyone then retired to the clubhouse for a well deserved meal after a long season. Since the start of the year our under 12s have shown huge improvement which was evident from their summer league form where they beat Ballinabrackey and Curraha only to lose the semi-final play-off to Boardsmill by a single point.

The under 14s highlight this year was undoubtedly their participation in the national Feile competition in June when they hosted and made many new friends from Beragh Red Knights in Tyrone, an experience they will always remember.

Well done to all the coaches and players on what was a fitting end to the season and here’s looking forward to next year already. 🇺🇦👏🏻