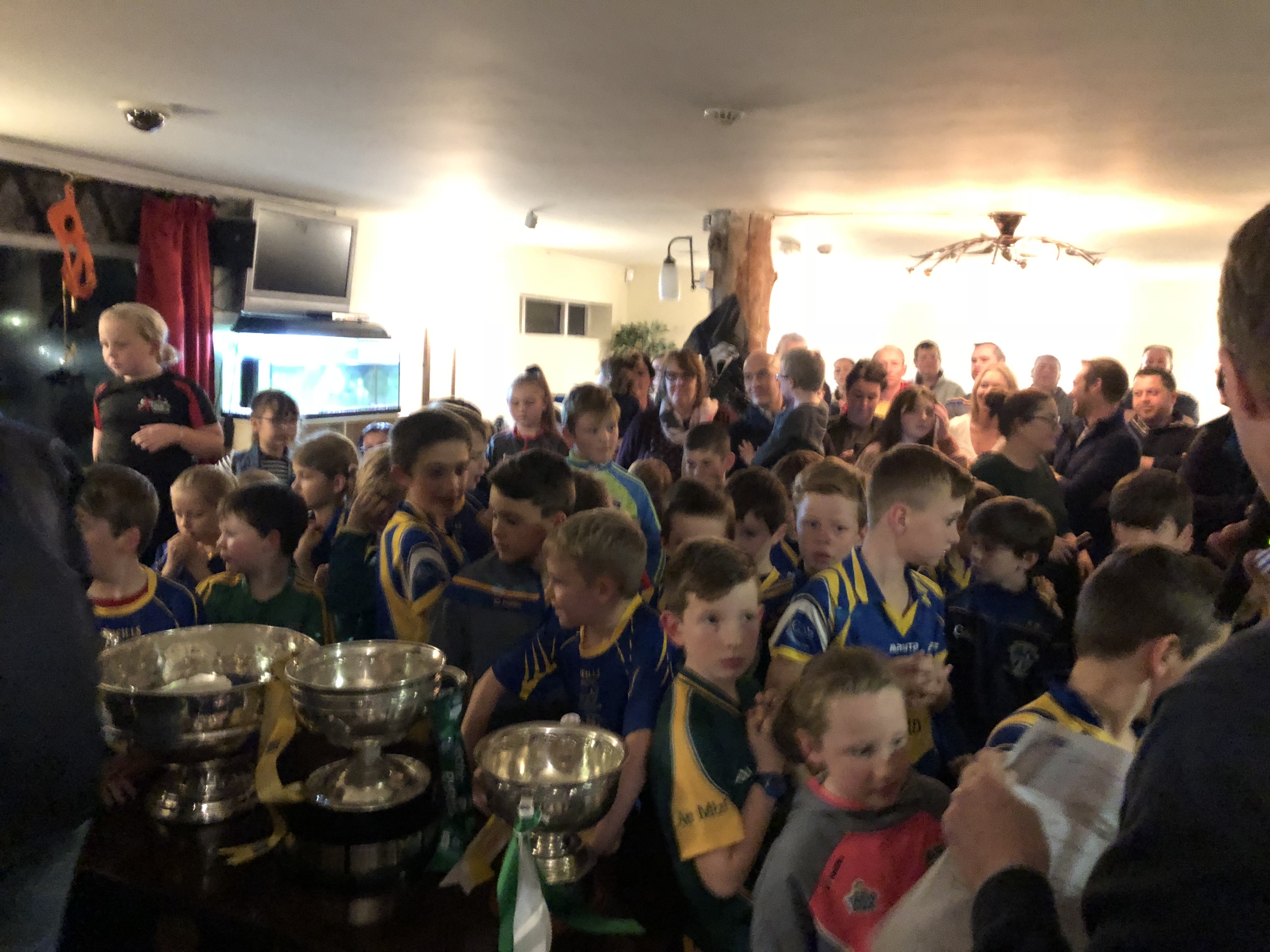 Clonard’s “Go-Games” teams from age 7 up to 11 years held their annual end-of-season presentation last night in the Monastery Inn. It was a special night for our young players as Meath county team representatives brought along their cups which created huge excitement among the sixty-five adoring children.

Shane McEntee from Dunboyne carried the Keegan Cup into the room following their Meath Senior championship victory less than two weeks previous. They were joined by Clonard men Adam Flanagan with the O’Byrne Cup and Niall Smullen with the Larry Murray cup from Meath’s Leinster minor winning team. To top it all off for the children Meath supporters’ player of the year Mickey Burke, made the short trip from Longwood to join his team mates.

All of Clonard’s young go-games players were called up individually to receive their special club wristband bearing the slogan “Do our best, be the best” and of course their well deserved treat bags and popcorn from their Meath heroes. It was made extra special by individual introductions for each child as their proud parents looked on.

The presentation brought the curtain down on another wonderful year of football at Go-Games level in Clonard and the children went home to bed dreaming of emulating the Meath stars that they had just met, and of course lifting the cups themselves as victorious players in the future.

A huge thank you to all the Go-Games coaches and to the Meath players for their attendance which made it an extra special night for the children. Thank you also to the Monastery Inn for hosting the presentation.

The club would like to wish the best of luck to Shane McEntee and Mickey Burke as their clubs, St. Peter’s Dunboyne and Longwood, represent Meath in the Leinster club senior and intermediate championships this weekend.