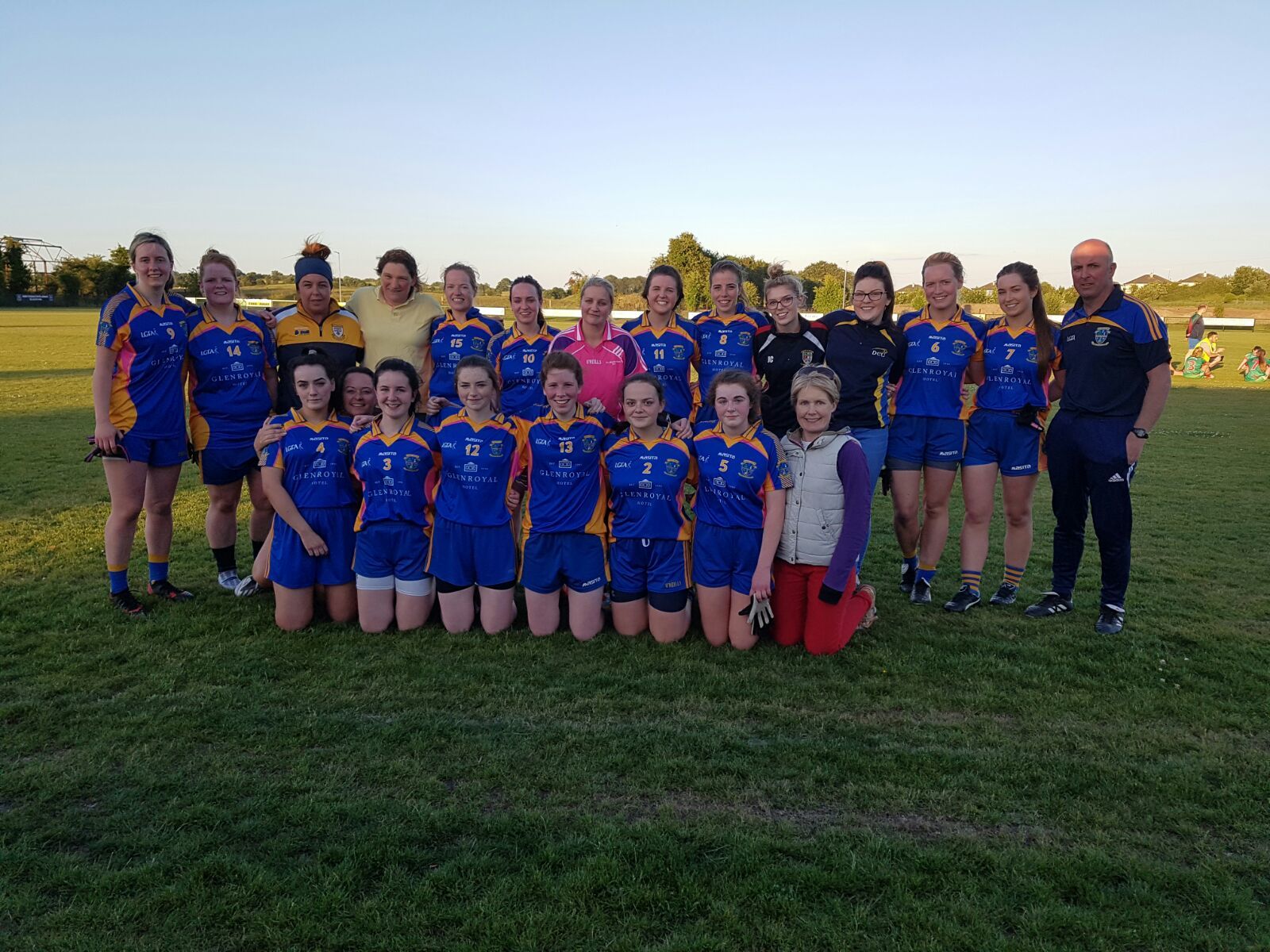 Last Thursday night saw some emotional scenes in St. Finian’s Park as those in attendance witnessed the first competitive victory for the adult ladies team.

Kilbride were on the receiving end of a fantastic team performance from the local ladies as they finished victors on a score line of 4-18 to 3-8.

This team is only half way through it’s second year of football and has had some tough days along their journey that brought them to this brilliant victory.

But to those in the know within Clonard football circles, this victory was never far away. A strong bond between young and old, between players and management, and the talented underage girls, meant it was only a matter of time before the tide turned.

And what a turn it was as in the reverse fixture earlier this year Kilbride won by a whopping 37 points. It’s testament to the great spirit and pride that the team portray and also to head coach Shane Reilly, who has kept with them and encouraged them all through that journey.

It’s now just a small matter of continuing that improvement, towards their next goal, whatever that may be, a championship victory? A trophy maybe? No pressure then!