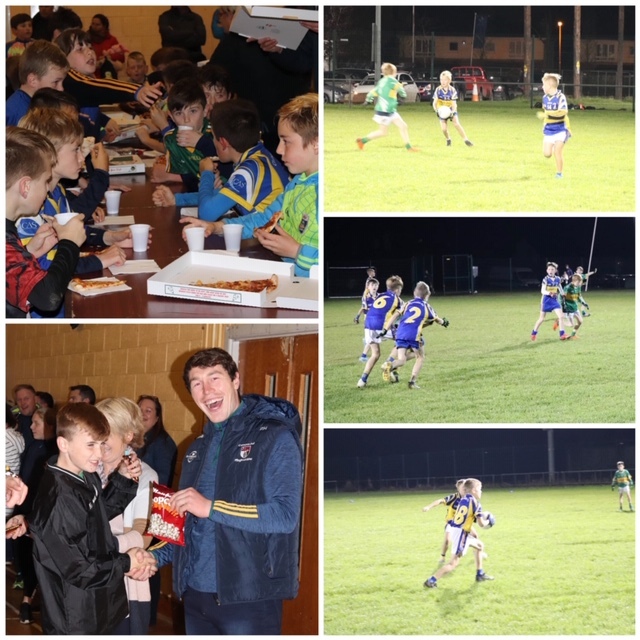 Photo: A collage of some photos from Kilcock GAA on Friday night

Our Under 11 boys brought their 2019 season to a close in the impressive surroundings of Kilcock GAA on Friday night. Both clubs fielded ample numbers for two teams with Clonard travelling with 26 of their 28 player squad, as Max Keoghan-Gray and Tony Hopkins were the only boys unavailable to make the end of season fixture and post-match party.

On the field the Clonard boys performed brilliantly in both games against their opponents with some truly wonderful passing and teamwork on display, invariably ending up with scores. When these boys ‘click’ they really are a joy to watch as their determination paired with their obvious football skills proving a handful for even the strongest of teams.

After the game the very energetic Clonard boys congregated in the clubhouse hall as they received their fresh pizzas delivered by the local take-away. The enjoyment and delight were obvious on all their smiling faces as this special Clonard bunch tucked in their pizzas and refreshments.

The excitement wasn’t over yet as Meath player Padraic Harnan made the short trip from Moynalvey to speak to the group and present them with their treats. Padraic spoke with each boy individually and made it a very special evening for everyone.

Many thanks to Kilcock GAA who were perfect hosts and opposition on the evening and also to Padraic Harnan who was brilliant with the children and a credit to both his club and Meath GAA.

Well done to everyone involved, including the coaches who contributed towards the cost of the event, in making it such a great end of season occasion for the boys. They will undoubtedly be really looking forward to making their return as Under 12’s next year when they will play competitive football together for the first time. Theirs’s and the club’s future is certainly bright, Clonard abú! 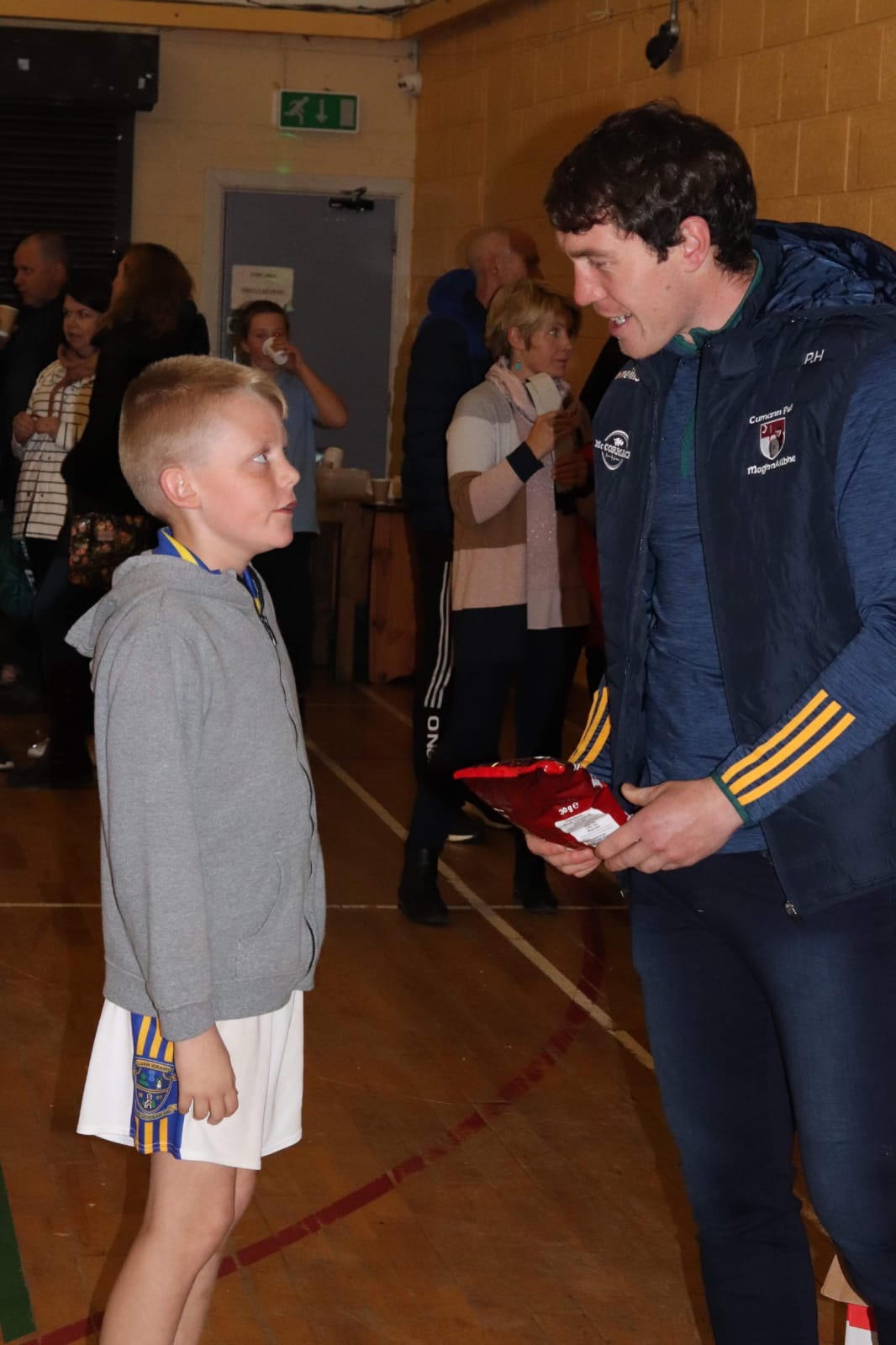 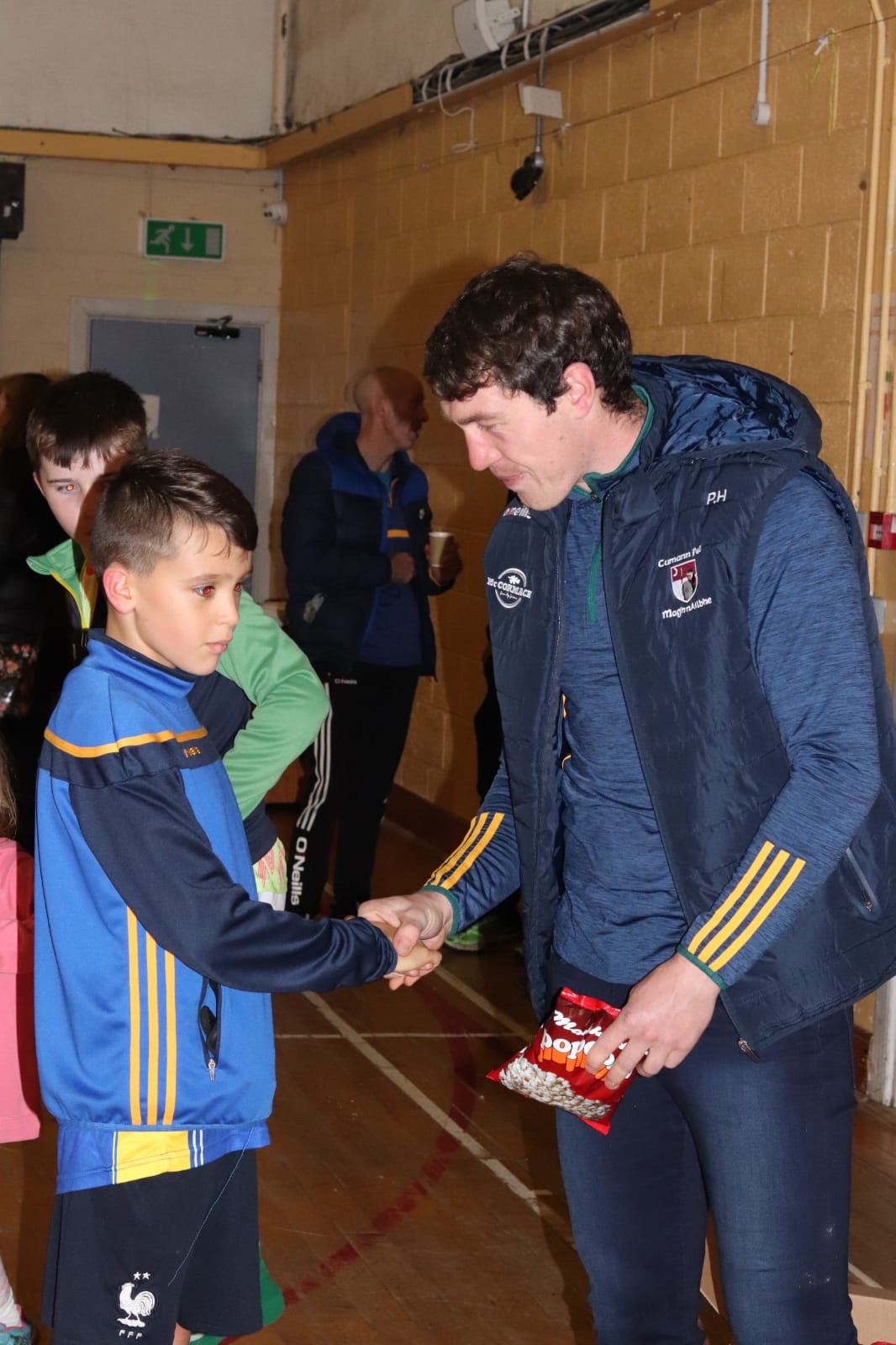 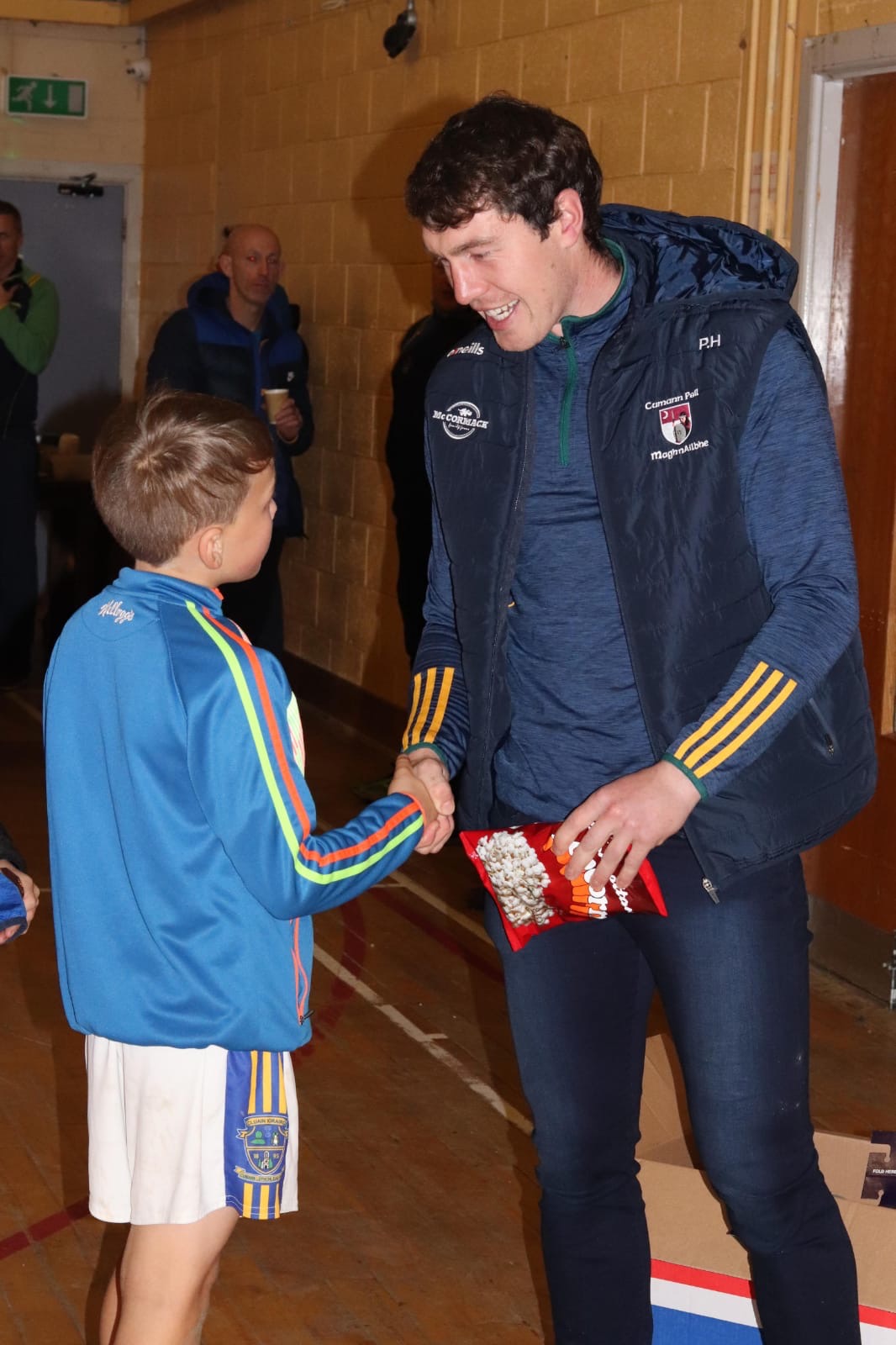 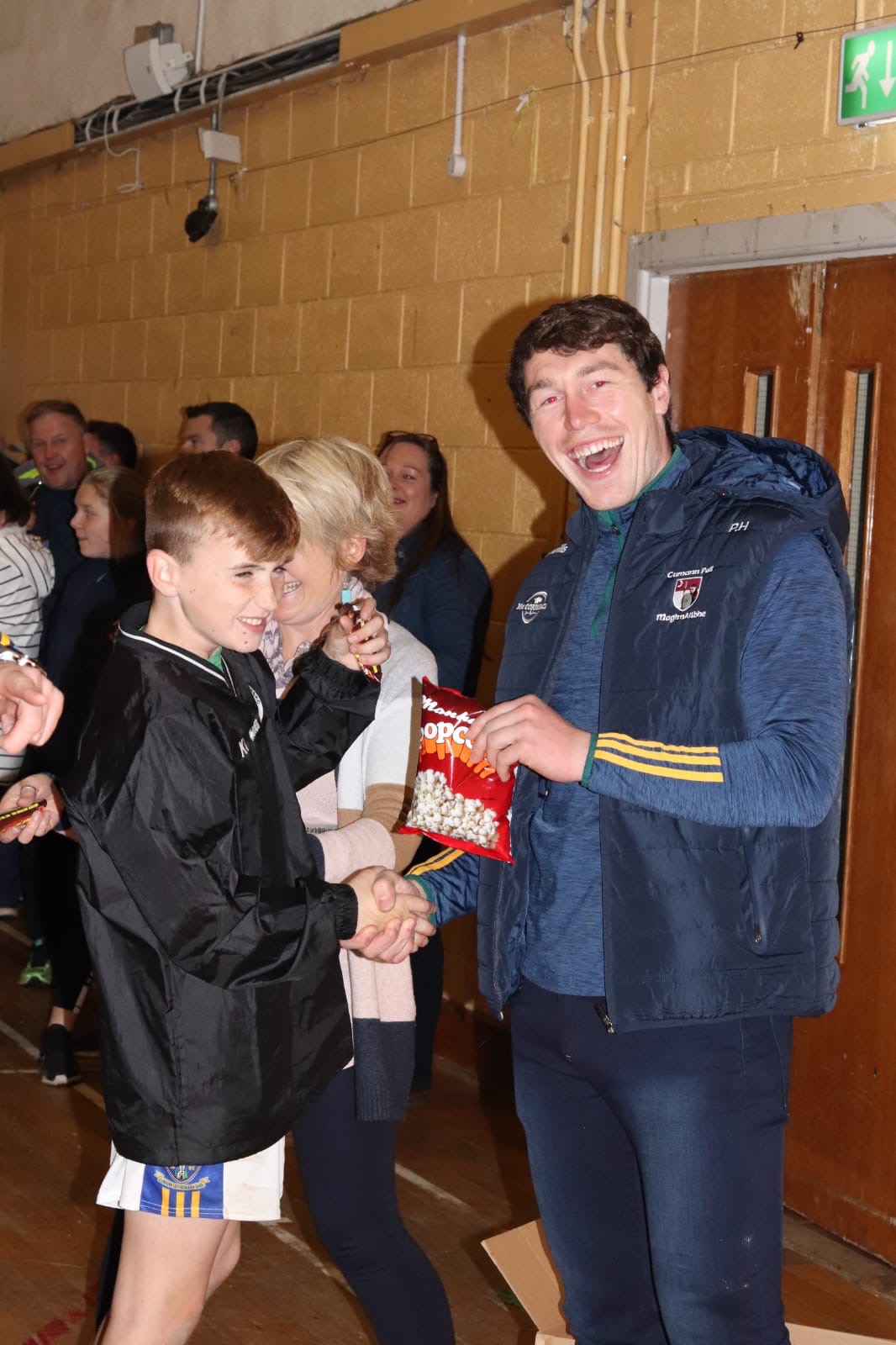 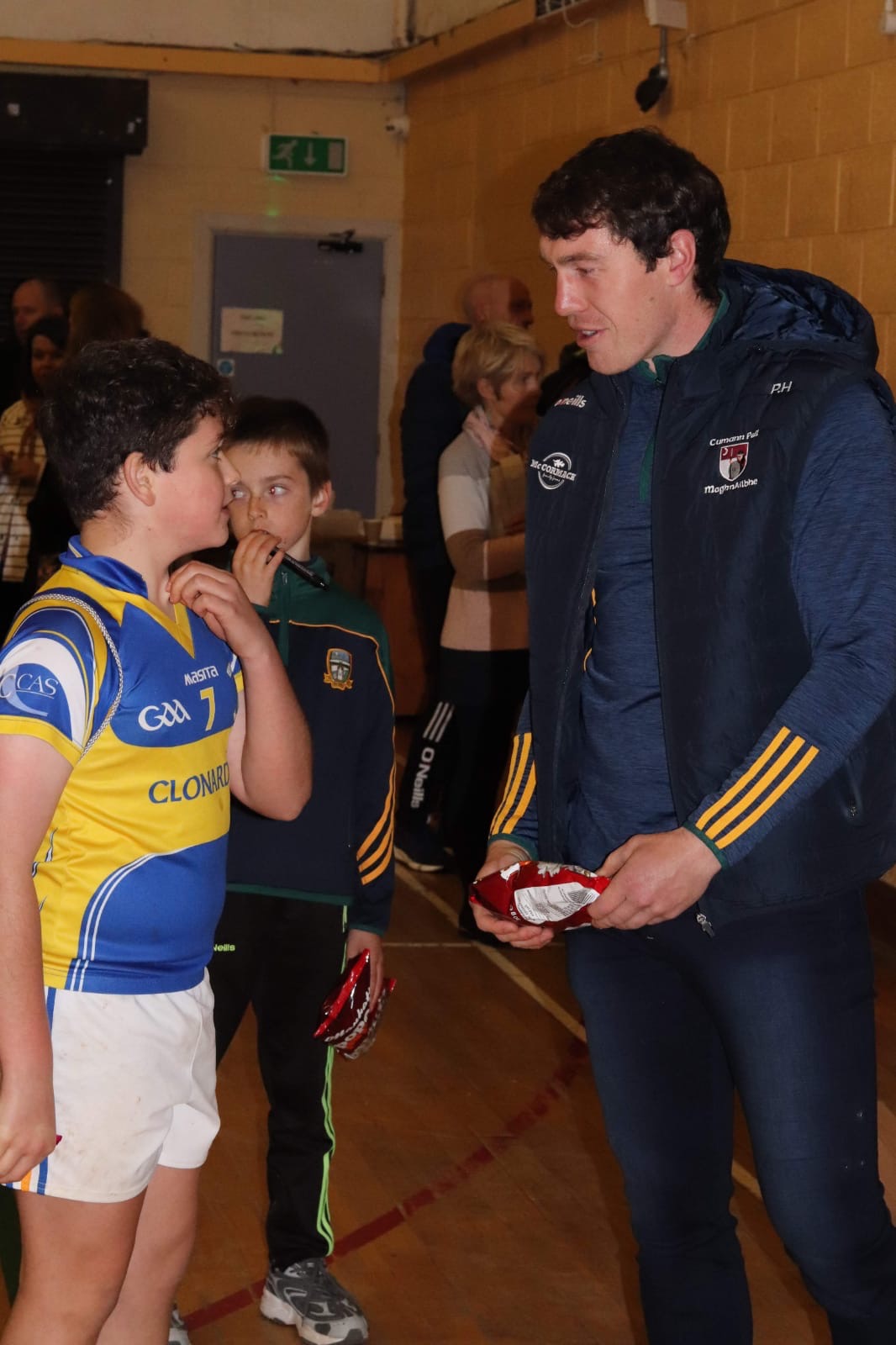 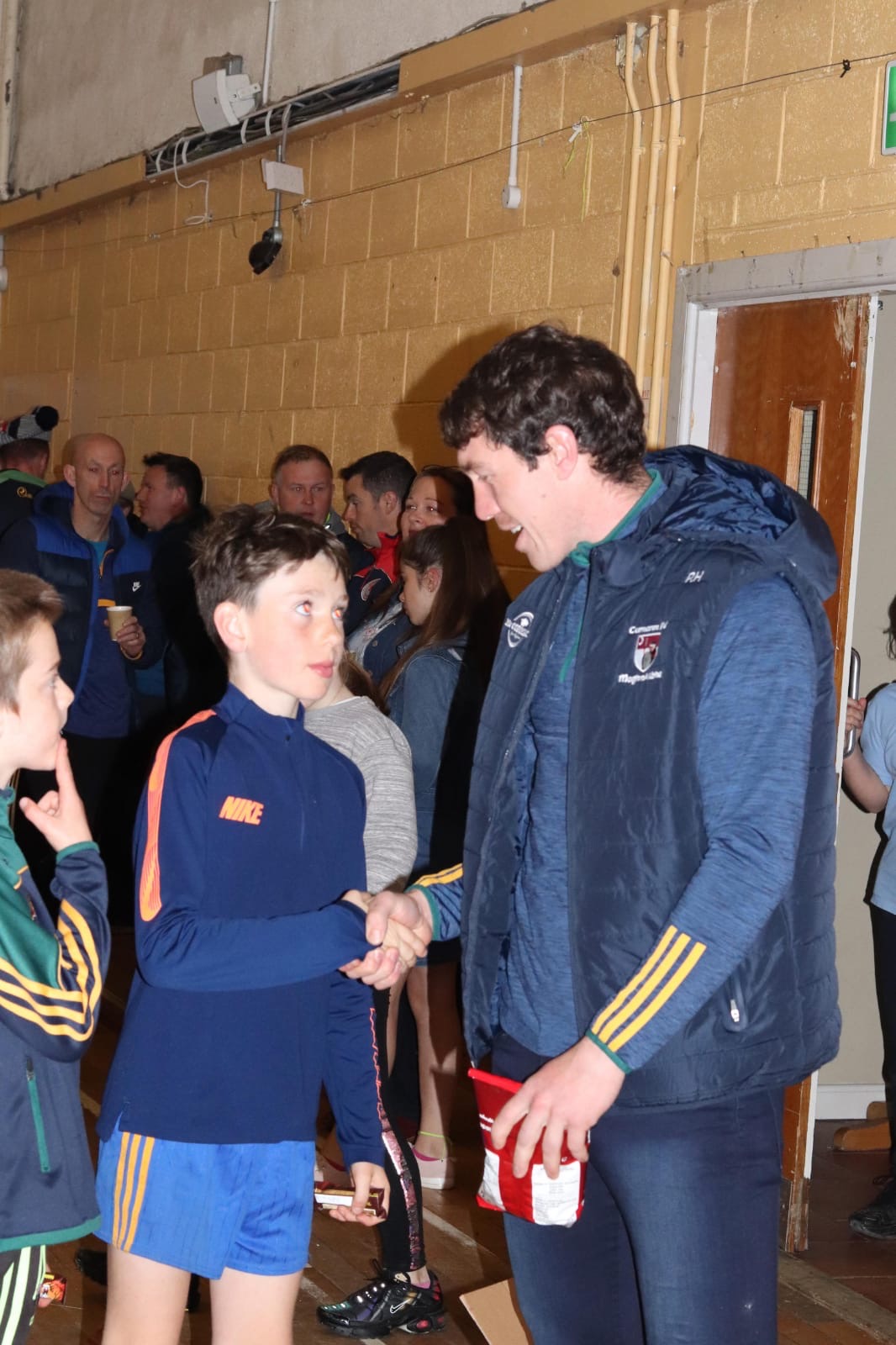 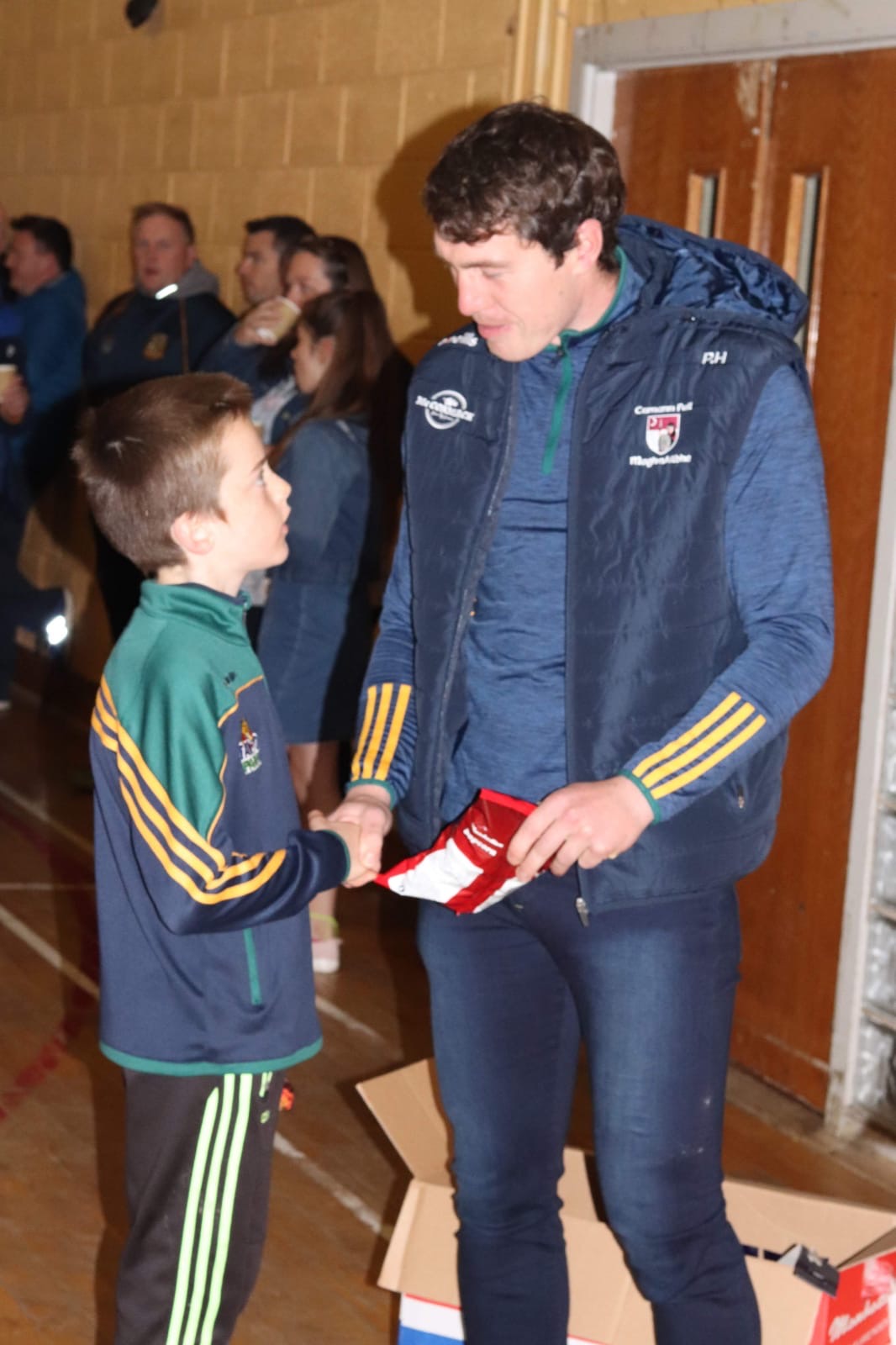 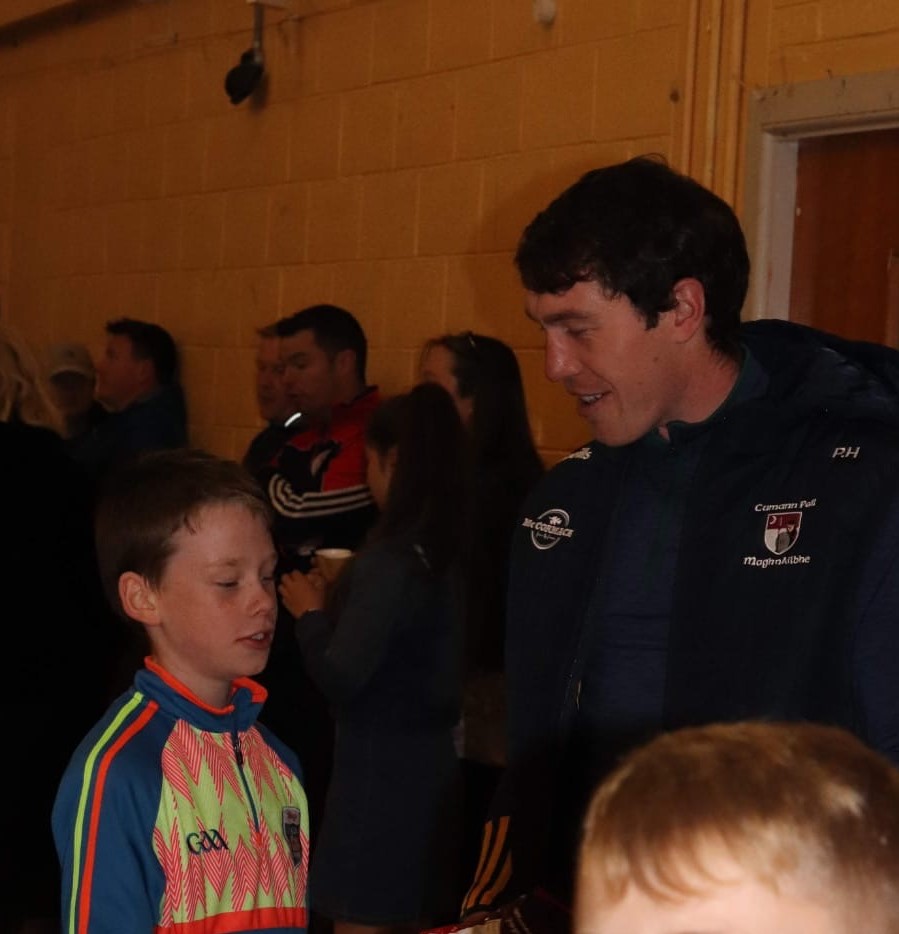 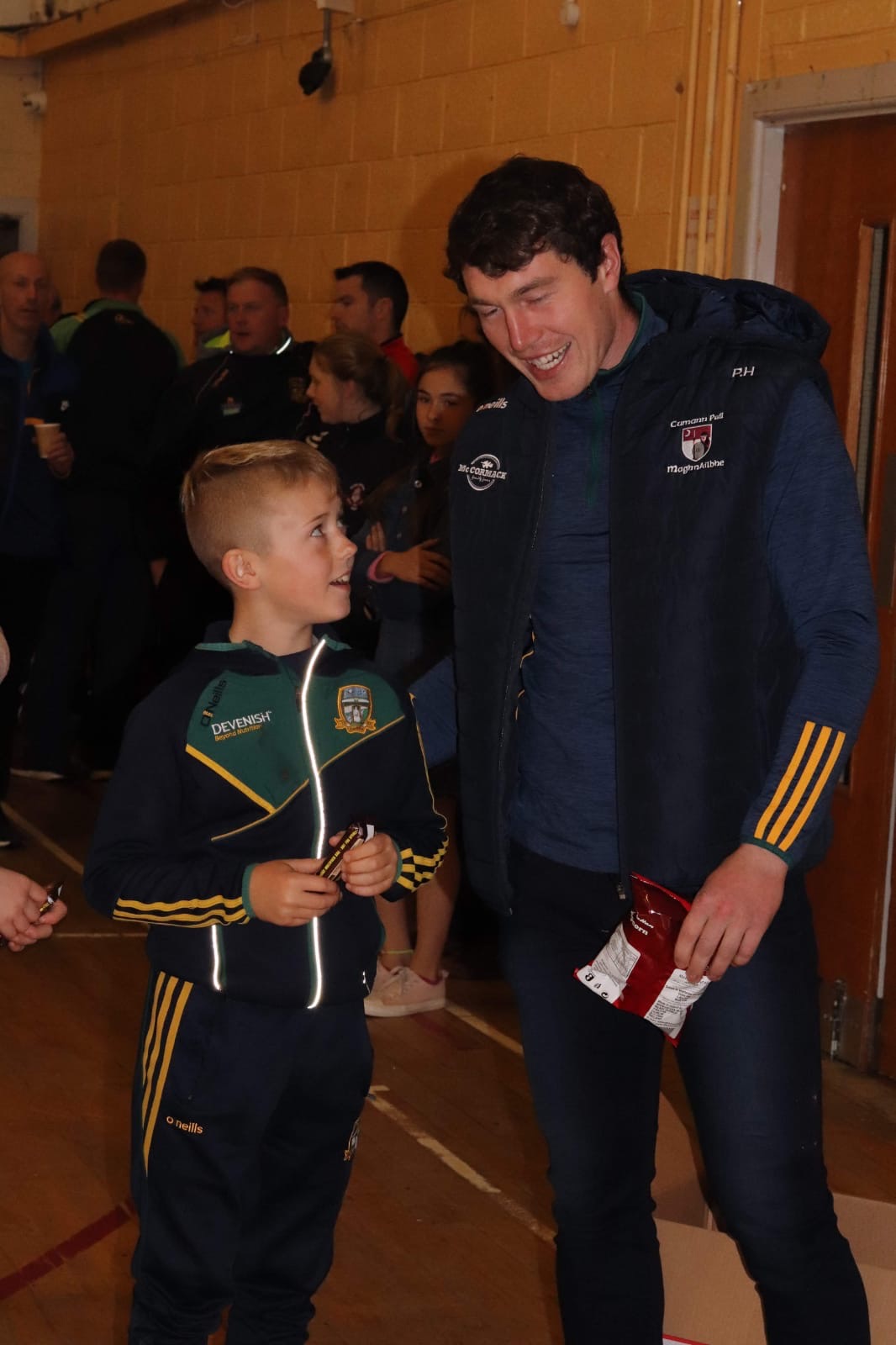 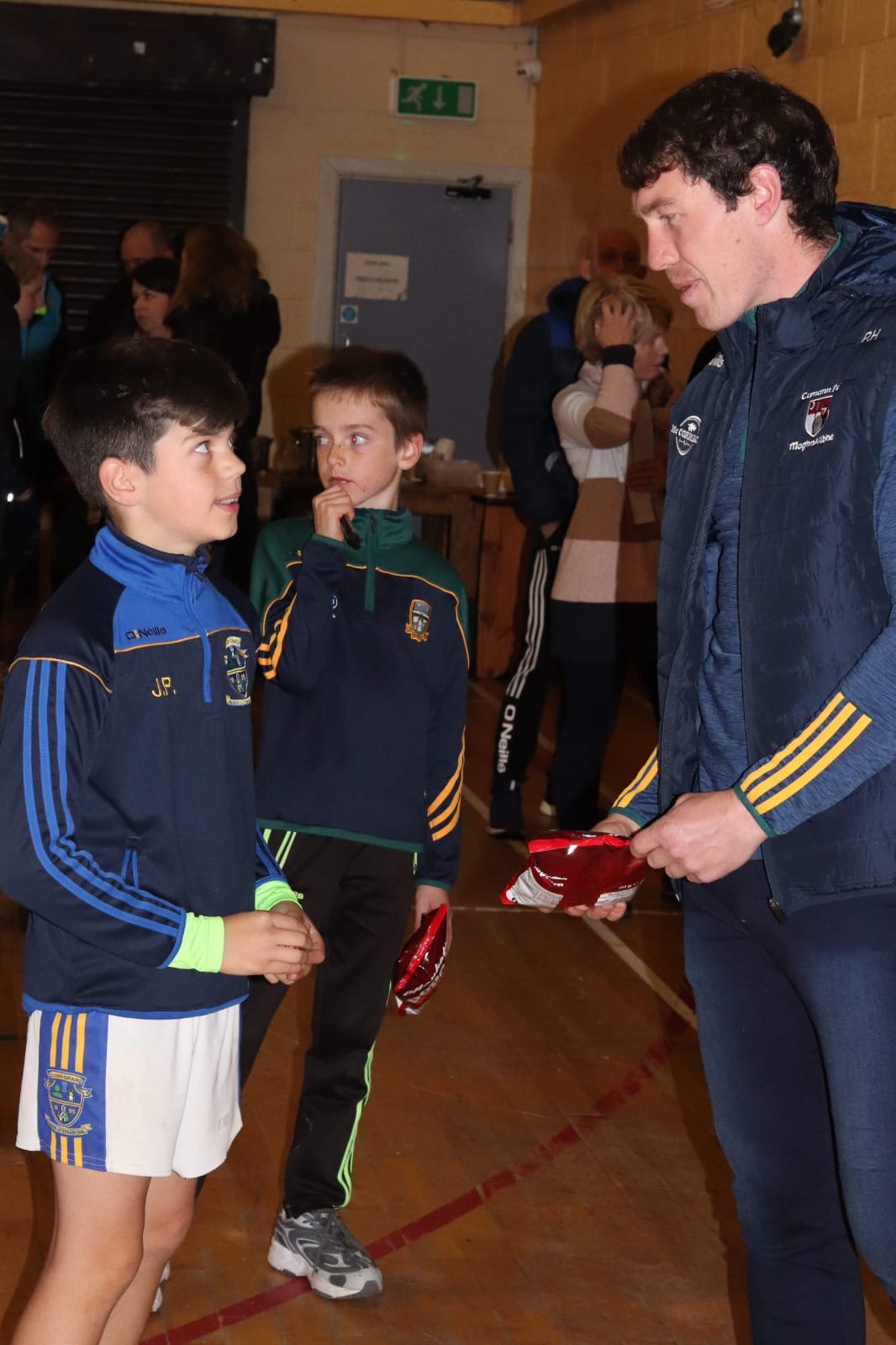 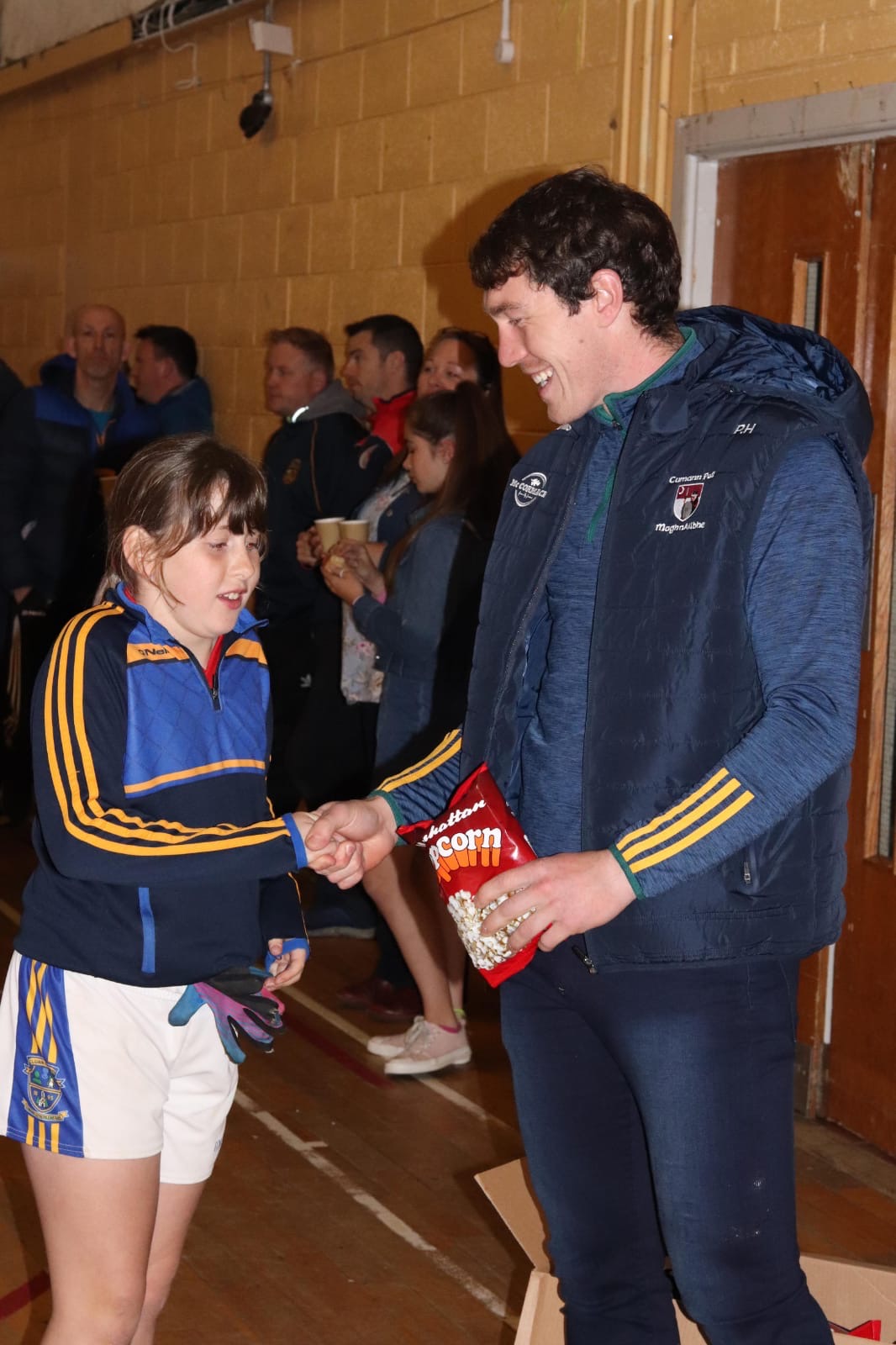 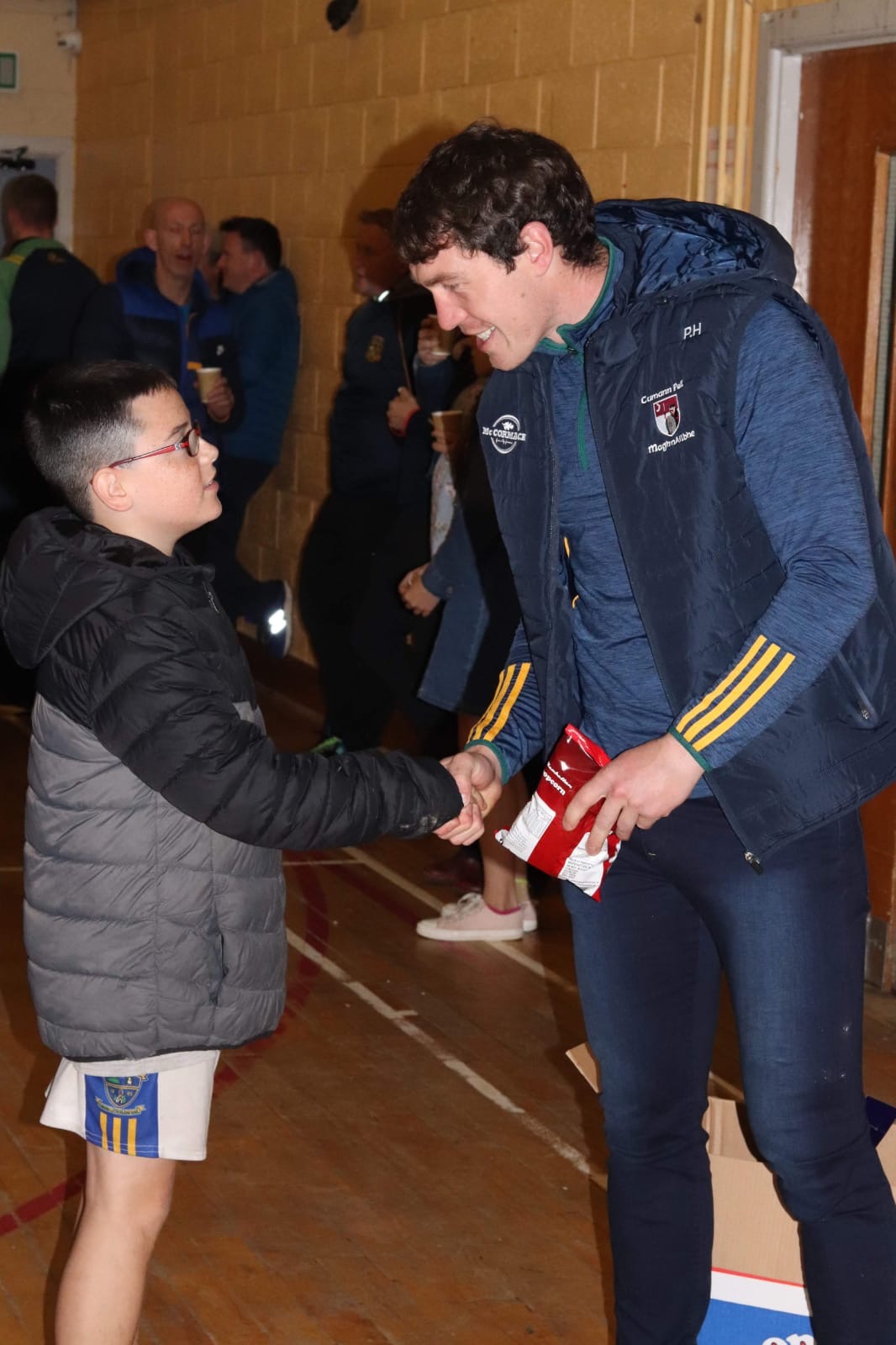 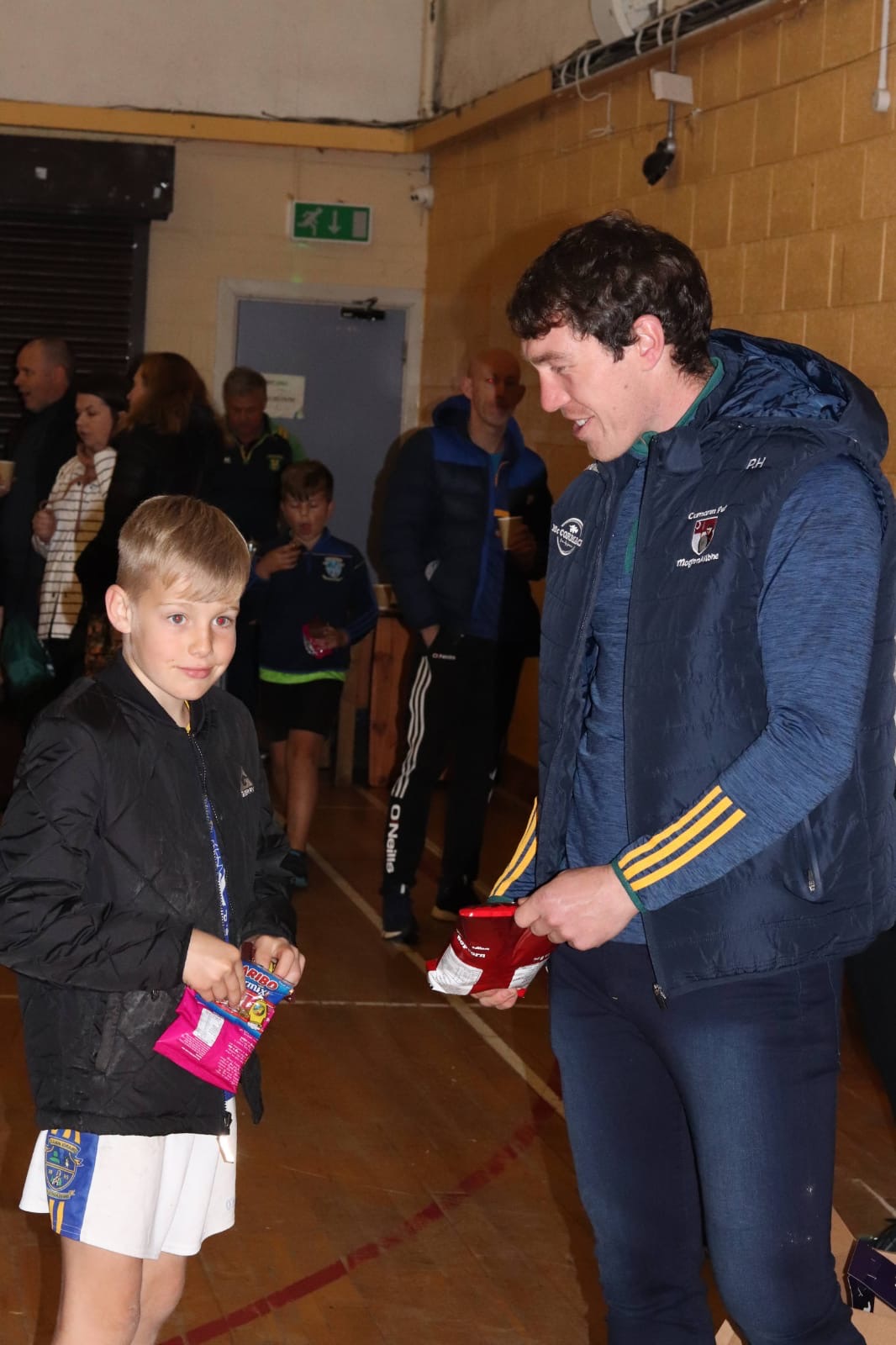 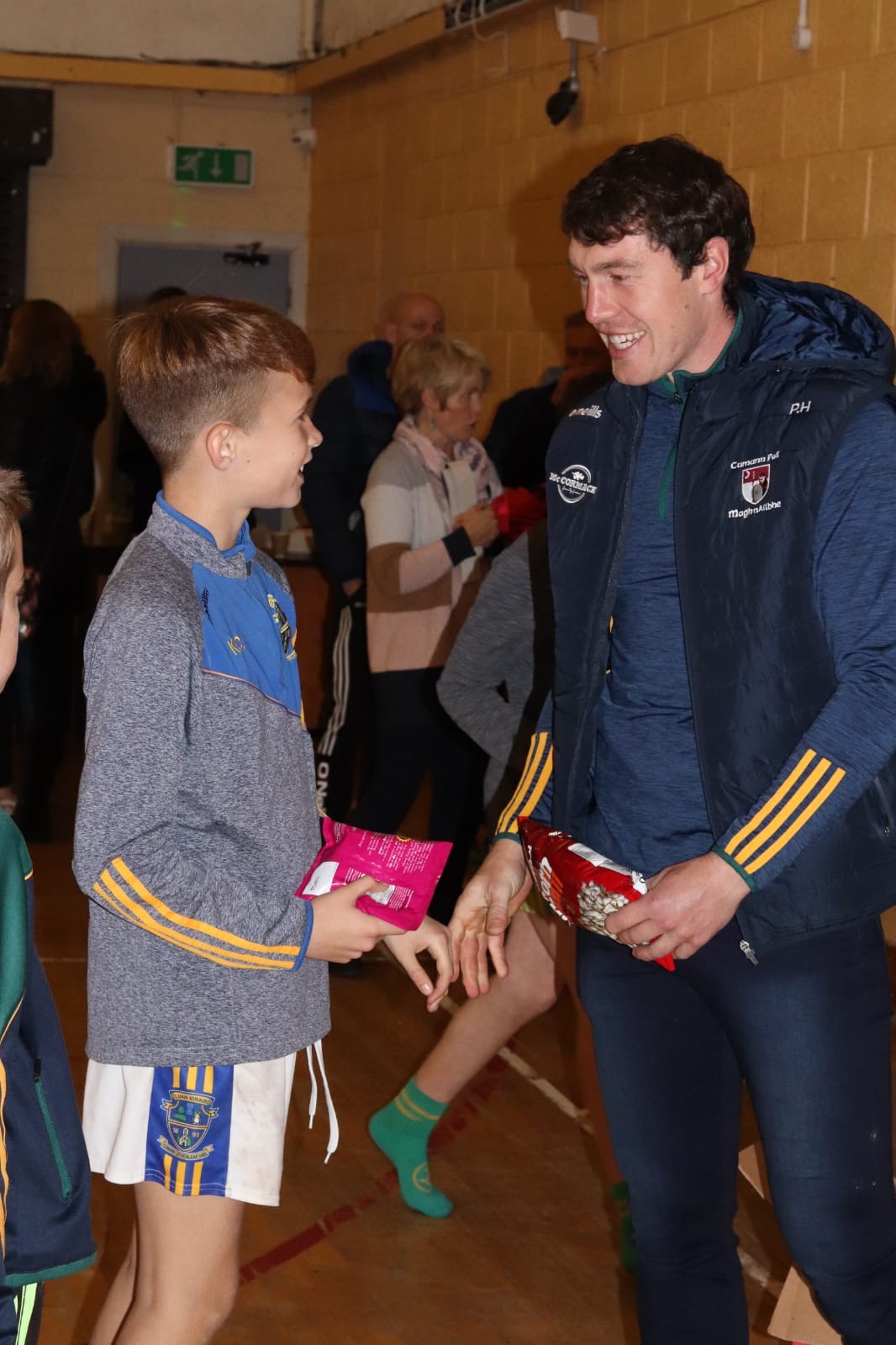 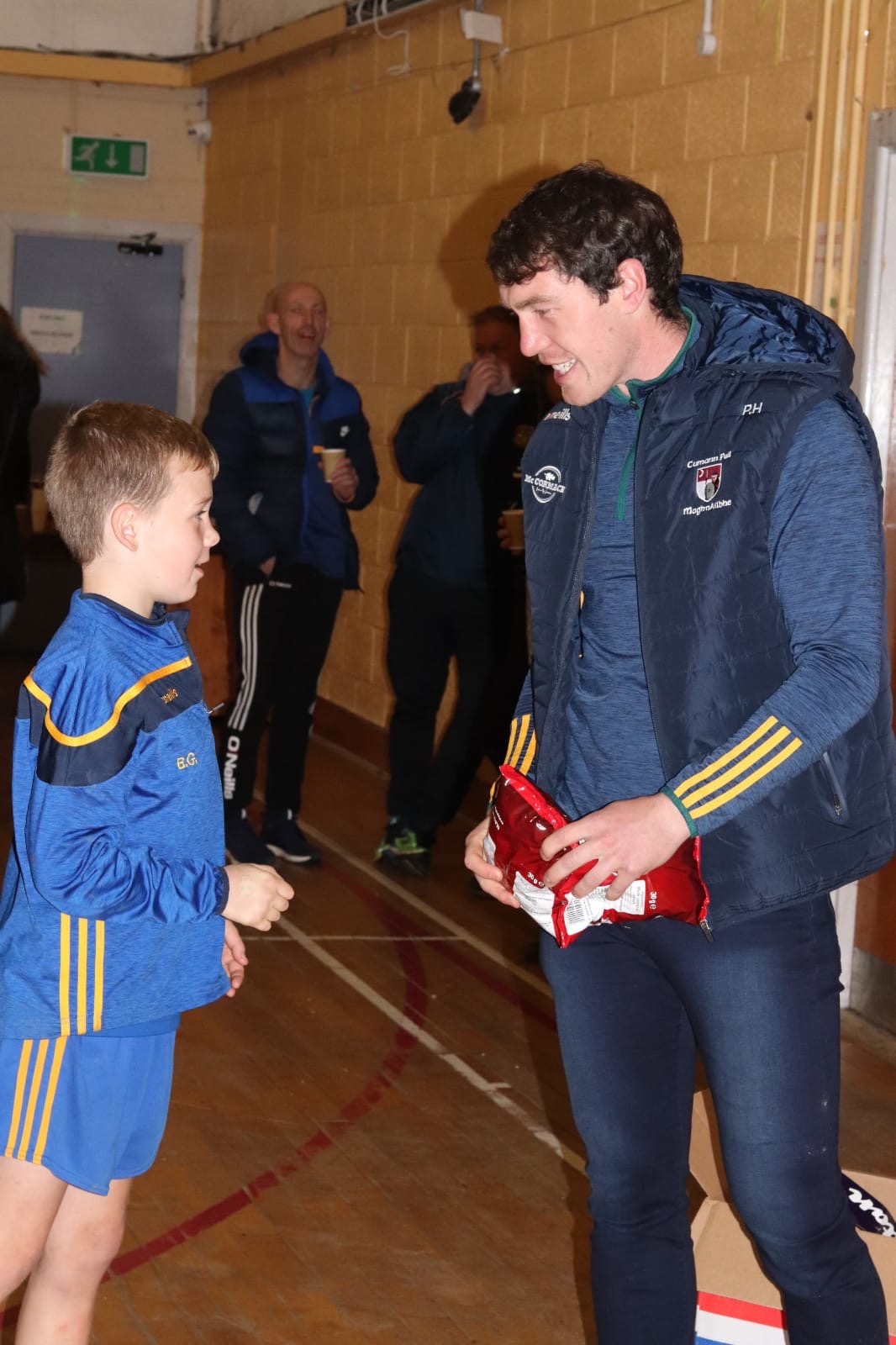 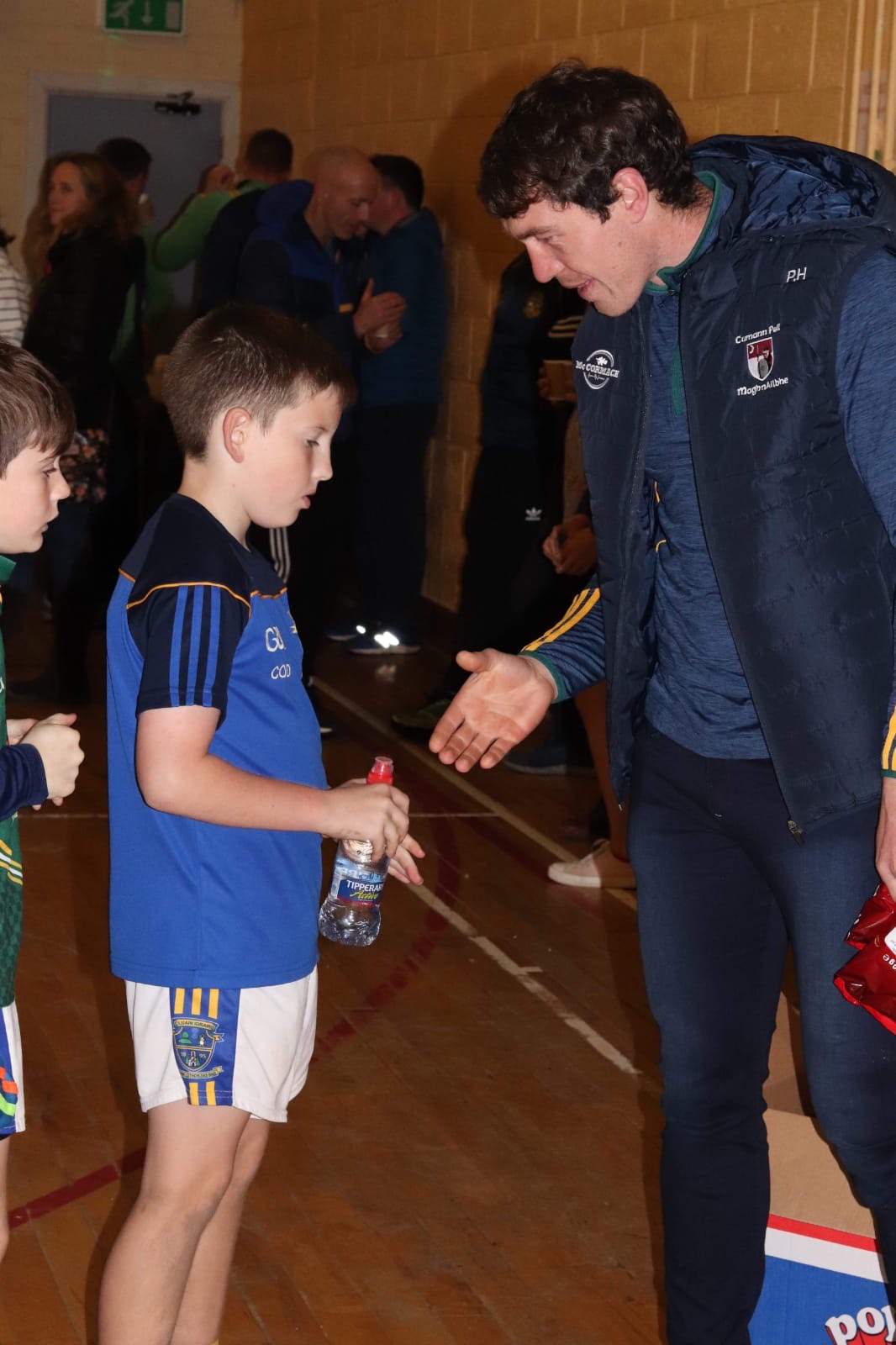 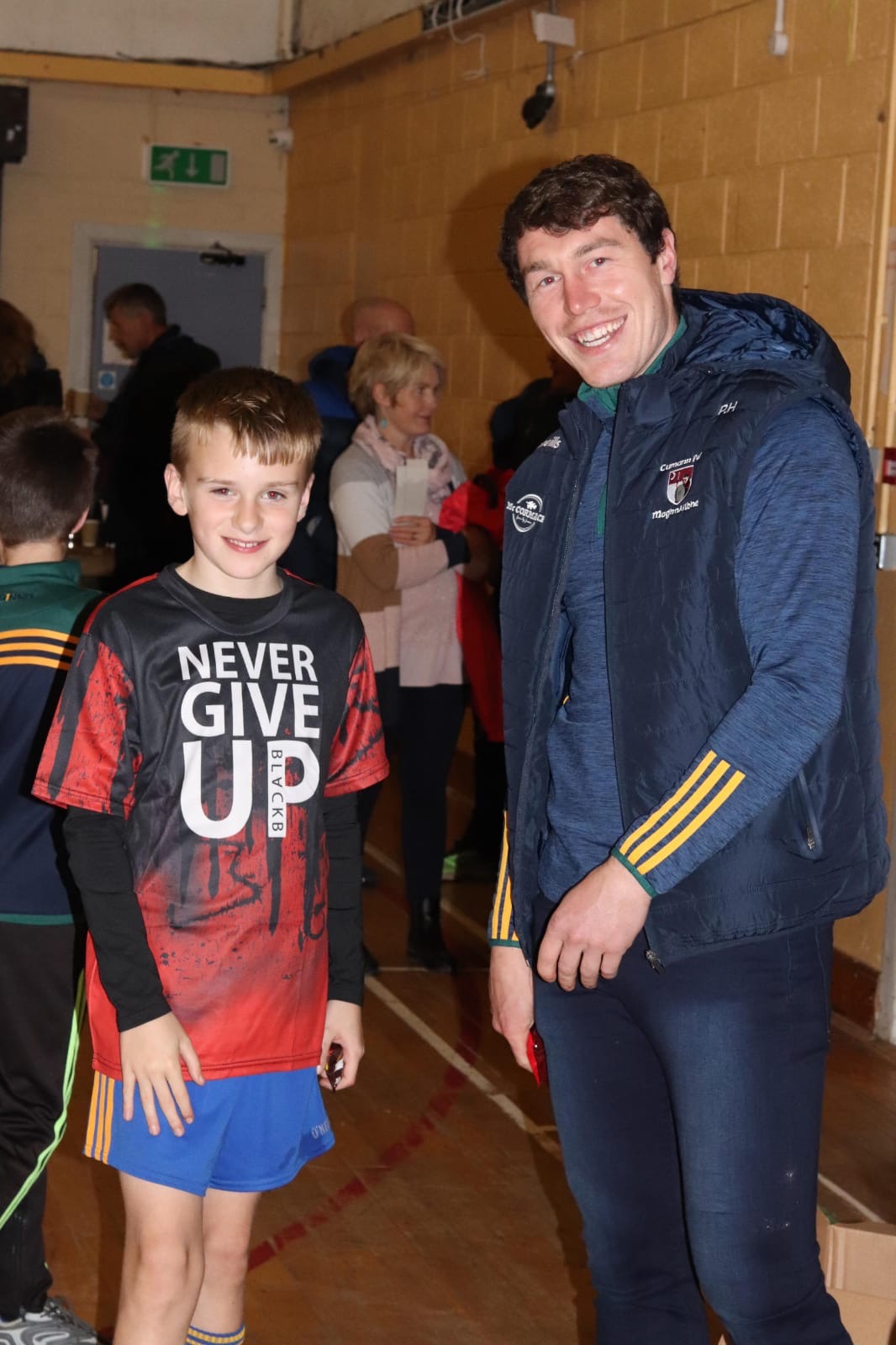